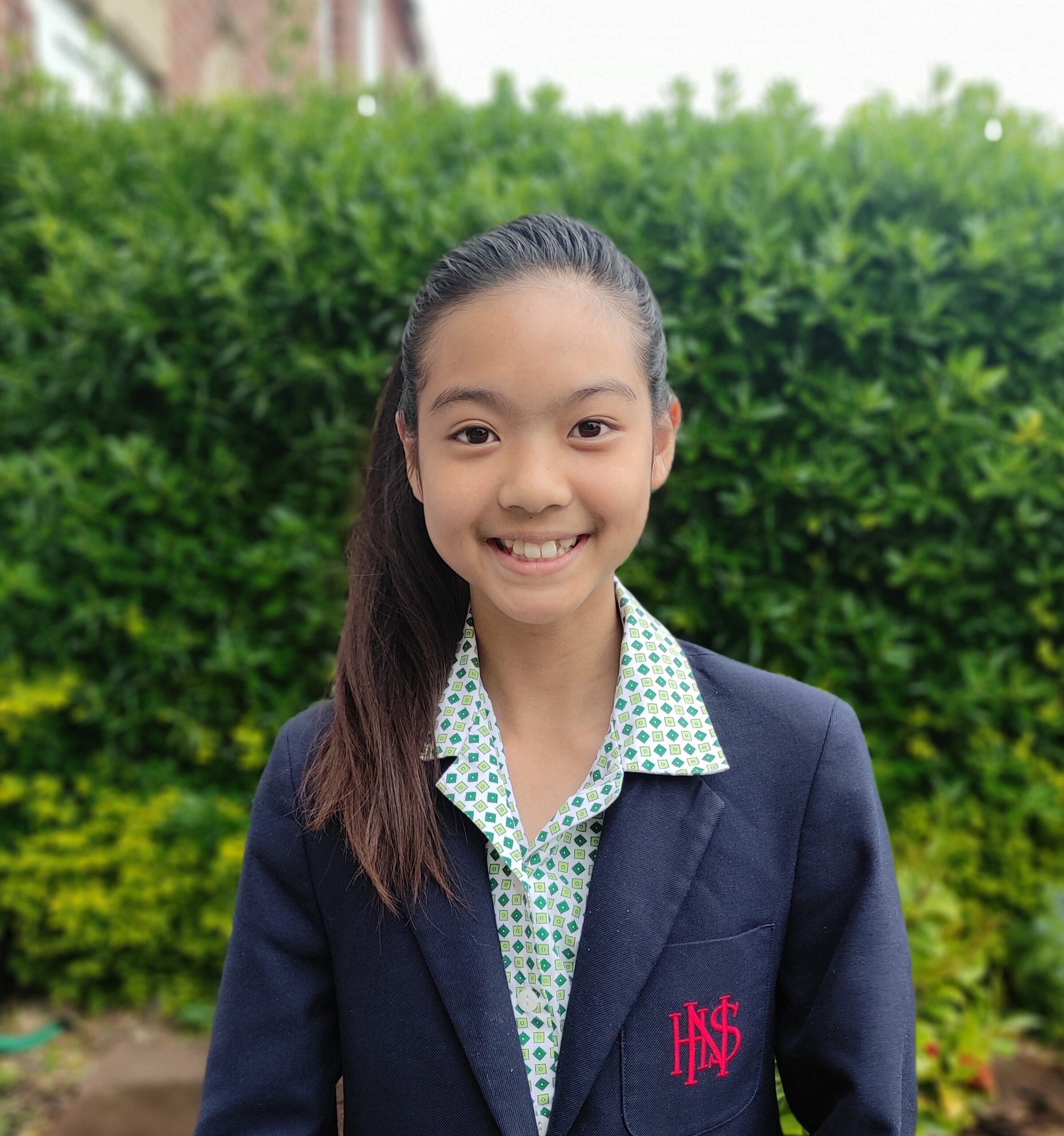 My School Trip to Normandy

The school year has finished and finally, I got to go on the year 8 residential trip to Normandy. I had been really excited to go as we had heard since year 7 that it was one of the best experiences.

Before we left, we had a preparation day with just Drama, History and French lessons to prepare us for the week ahead. We also received personalised Normandy hoodies to wear.

The next morning I woke early as I had to walk to school by 7 am and had a lot of luggage to carry. Our journey to Portsmouth to catch the ferry took roughly 5 hours. We whizzed through immigration and, once on the ferry, had our own room with comfy seats to relax in. I had never been on a ferry before and there was lots to do onboard: buy things from the shop, purchase food, join the games or quizzes or just lounge around. The journey was 6 hours so there was time to do everything; I ate snacks and played Song Bingo, which was really fun. By the time we got off the ferry it was mid-evening so everyone was quite tired. Luckily we had a chance to have a nap as we had another 3 hours driving ahead.

We arrived at midnight at ‘La Grand’Ferme’, which sounds so much better than ‘Big Farm’! This was in the quiet village of Le Fougeray, 2 km from the sea. There was a block of dorms rooms and the main farmhouse with dining rooms. Our room for 5 people was a small square with three bunk beds sandwiched in. It didn’t matter that night; I was too tired from travelling so fell asleep straight away.

The next day, our wake-up time wasn’t too early as we weren’t going out. The first thing we did was a French lesson to prepare us for shopping at the market. Next was circus skills, which I found fun as we got to play with scarves and Chinese plates – I had lots of fun spinning the plates. After lunch, we had a little free time to fully unpack our things before we got on the coach to visit another activity centre. Once there we tried aeroballe; basically a shooting game on trampolines. The court was set into four squares and we teamed up into pairs so you took up one square each. The goals were opposite your team and you had to try and score as many times as you could in three minutes. After a lot of fun at aeroballe, we had a go at archery. This wasn’t too difficult as we had done it before many times. The evening activities were playground games that involved running around and catching each other. After that, we headed back to the dorms to get ready for bed. Before lights out, we mostly looked at our phones for a while before they got taken away and lights went out.

On the Tuesday, we were up by around 7:45 to eat breakfast then off to the local market, which was really sweet and a good place to practise our French. Our instructor gave ten euros to each group to buy sandwich fillings, drinks and any snacks. We were also allowed to buy souvenirs. Our group bought some salami and cheese to go in our sandwiches and macarons to share. After necessities, I ended up buying two hair scarves – one white, one red – I thought looked pretty. They would also be a good addition to my costume for the fancy dress contest later in the week. The market trip was definitely one of my highlights.

After a picnic lunch we stopped by a supermarché to buy anything we wanted, before heading back for activities. We had quite a relaxed afternoon as our group did bread-making the whole time. I had a lot of fun playing with the dough and singing the weird French songs they taught us while kneading it. We were allowed to shape our bread any way we wanted so I tried to make mine look like a pig.

The activity for the Tuesday evening was a treasure hunt. We had a list of objects in French that we had to figure out and find. Some of the objects were absolutely ridiculous! For one of the objects we had to find a live spider! Once the lights went out my friends and I played cards for a bit, before going to sleep.

Wednesday was the history day of the week. We got up at 7 am as we were taking the coach to Arromanches museum. Once we arrived, we went inside the 360° cinema to watch a film about the Normandy landings. It was a very sad film which recounted soldiers’ true experiences of storming the beach. We went outside to the cliffs, where some people read the poems they had written about D-day.

After this we were taken to see the British War Memorial. It was devastating to read all the names of those who died as every pillar was covered in them on each side. Some soldiers were as young as 18. The arrangement of the memorial was quite interesting as it was in the shape of the Union Jack.

Once back on the coach, we went to see the famous Bayeux Tapestry. They gave us a little device which you placed by your ear in order to explain each panel as you walked along the tapestry. It was a lot shorter than I imagined but I enjoyed how it told the story quite simply. I especially liked the depictions of horses on the battlefield. After, we looked around the gift shop and I bought a postcard with a panel of tapestry on it.

Later on, we visited the British cemetery, where more poems were read aloud. They allowed us to look around at the gravestones. The amount that were named unknown was upsetting and we found one stone that said “may some kind hand in a foreign land lay down some flowers for us.” Others parts of the cemetery had plots for German soldiers as well.

Once we got back, we had the opportunity to try snails at dinner. Although I tried them, I didn’t like the taste. La Grand’Ferme had an outdoor pool, for evening activities. We played water-volleyball and water-netball, as well as just swimming. It was quite relaxing and being outdoors was more refreshing. Once we got back to the dorms, the evening passed in the usual fashion, then we slept.

We got up quite early on Thursday as it was quite a packed day. We went to visit Avranches where we went on a town trail. We had to follow the French instructions and get to the right place by ourselves. Luckily my group didn’t get lost but some others did. After that we went for some ice-cream. I had Oreo flavour which tasted really good! Everyone was really looking forward to going to Mont Saint-Michel so we were very excited. Since we couldn’t get a shuttle bus to the island, we had to walk there. This took about 30 minutes and since it was an extremely hot day, everyone was quite tired once we got there. However, we still had to climb several hundred steps up the hill. We sat down to eat lunch but since there were loads of greedy seagulls, everyone was on high alert. After eating, they let us explore the shops to buy souvenirs and food. I bought a simple, cute necklace with a heart pendant, that has Mont Saint-Michel on the back.

Once we had all made our way to the bottom we set off along the bay, but the weather turned on us. It started raining really heavily and the sand kept whipping our legs. We kept marching across the bay anyway, but soon had to walk on land instead, as the guide said it was too wet. This took us through loads of fields and sheep poo so it was quite miserable by that point. After 3 hours we finally saw the coach and went back to warm showers.

That evening was the French fancy-dress contest, so I got dressed in a stripey shirt and a red scarf in my hair. We used eye-liner to draw fake moustaches. I didn’t win but had a lot of fun. The evening activity was a quiz where my group failed miserably. However, we did win the skipping-with-a -ball-between-your-legs round! They also gave out awards for achievements throughout the week and I won an award for my bread-making.

That night we finished earlier than usual as we had to pack our bags onto the coach and get to bed early. We woke up at 4 am, so on the coach ride back everyone had a lot of naps. I had the best time in Normandy! 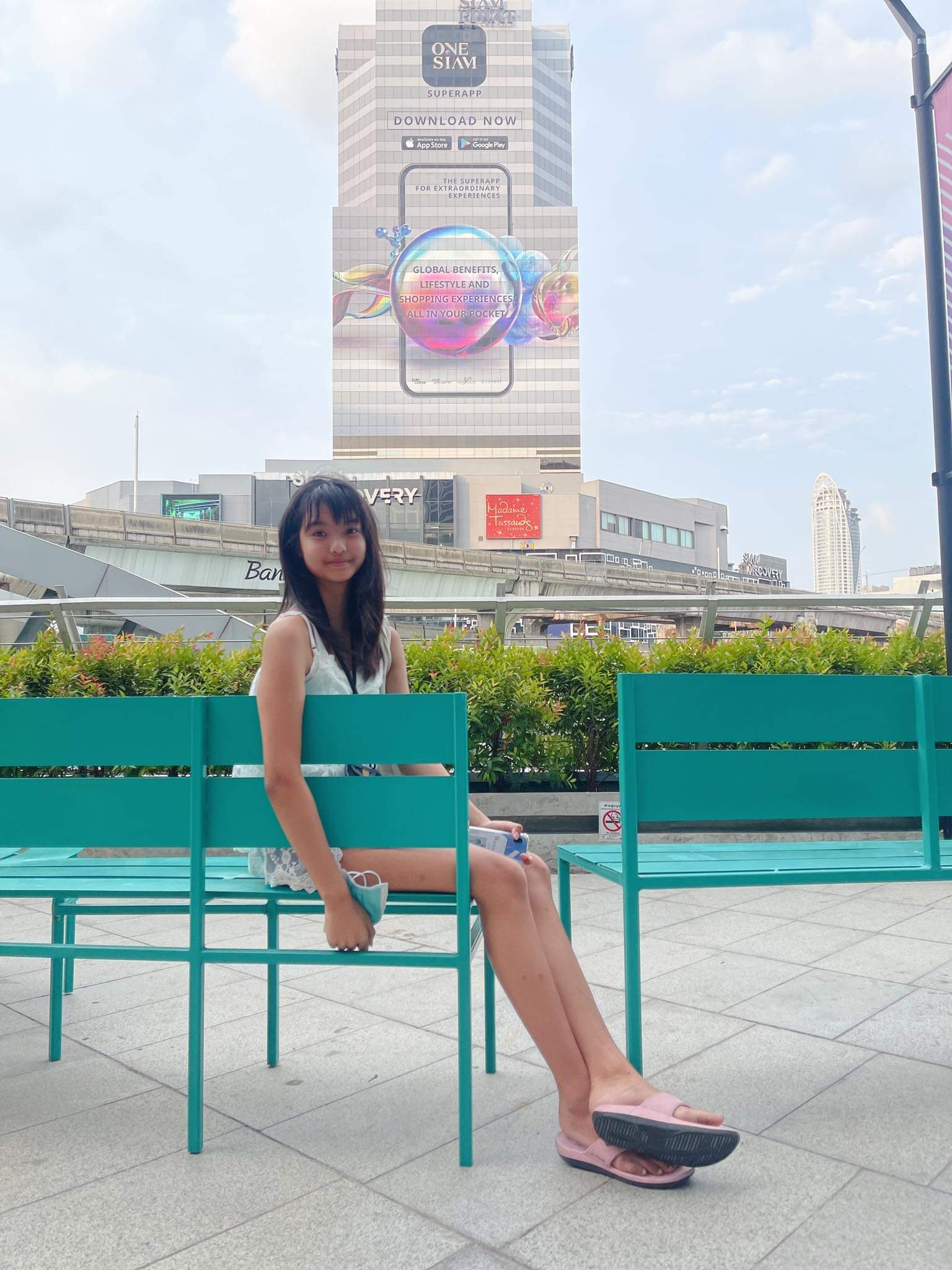 ⇦
Tutors International Mentee, Nampet, Writes about her Recent Visit to Thailand
Spring term went by so quickly and I’ve just moved into the last term of this school year. This means…