The great crossing: Tenerife to Dominica

We have just completed our great ocean crossing from Tenerife to Dominica! As we don’t have internet connectivity at sea, I’m able to upload these posts when we dock.

The second leg of the journey started in Tenerife. From there we travelled to Cape Verde. This was a quiet crossing. We got to swim in the ocean for the first time. When we got to Cape Verde we had a tour of the island and some time off in the village. Many of us bought souvenirs and there was a lot of negotiating going on at the market. I practised my Spanish when I ordered food and drinks in a café and when I bought a souvenir. My language skills are improving and it’s brilliant to be able to test them out in a local setting.

From Cape Verde we crossed the ocean. During the crossing we settled into a rhythm of two school days followed by two watch days. My watch is from 5am to 9am so we get the most rain and showers on average, which often means work on the sails. When we are not busy with the sails and watching out for other ships, we do a lot of cleaning and checking the stores and such. We also bake the bread in the morning. It’s a wonderful feeling when the bread comes out of the oven on time and nice and soft. There were some special moments on the crossing, for instance when lots of dolphins swam along with the ship at sundown, and when we spotted a few whales on a school day. During my watches I learnt to tie a rope ladder and I did some extra engineering jobs such as checking the water maker.

The practical side of life on a ship keeps us busy enough, but I’ve also worked very hard on my schoolwork in the past few weeks as I was falling behind, especially in economics. So, I managed to catch up with the homework and I have scheduled the test. I have decided to spend more time on schoolwork on my watch days, so that I can keep up more easily. I also try to find a quiet place for working because I get distracted so easily. A friend and I have started studying Japanese. We discovered that one of the teachers likes manga and anime just as much as we do. She brought a book on learning Japanese. So now we sometimes speak Japanese to each other. My mentor tells me that if I keep my schoolwork up, including the watch days, and take my tests more quickly after they have come in, I will get back on track.

I have also practiced the competencies I included in my goals: “trust” and “communication”. At some point we were sailing through a shower so we had to take in some of the sails. I was a watch leader so I had to tell everybody where to go and which lines to pull. We managed to get this done quickly and well, so that was good. The captain says that I work well and that I am open to feedback. However, I do sometimes lose track a bit of what needs to be done when I am watch leader; I need to work on that because it leads to confusion and discussion. You need to be sure which lines you want people to pull on. During one of the shifts where I wasn’t watch leader I was pulling on the wrong line, So the outer jib went overboard when it came down. Luckily, we still managed to pull it in but this was a learning point for both me and the bosun. He should have told me the correct line to pull on, and I should have checked the line before I started. All in all, some really valuable learning experiences so far.

Looking back on this part of the journey I realise that I have to work harder on my schoolwork and that I need to take my tests more quickly. I do think that I am learning a lot and that most of my work is still on track. Looking further ahead I hope to learn a lot more, both in terms of schoolwork and practical life at sea. Onwards! 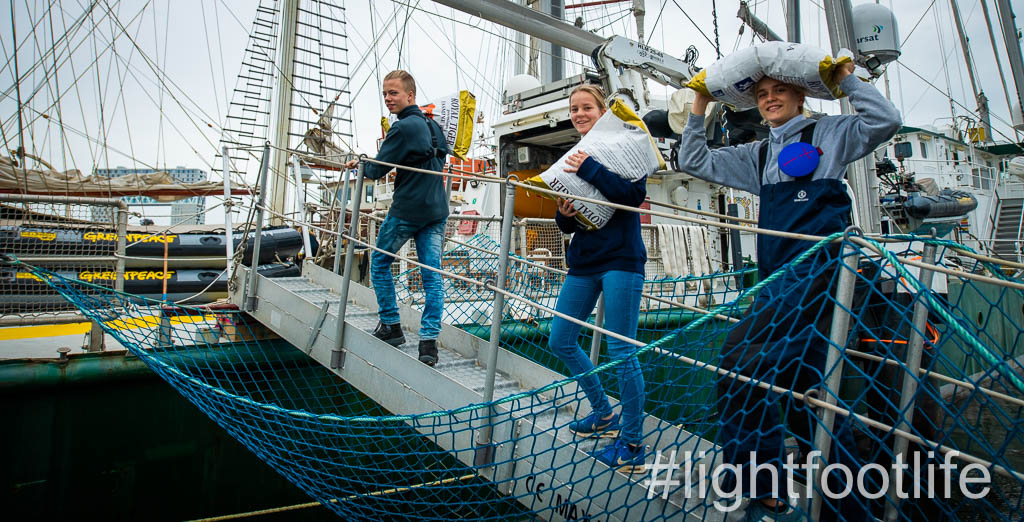 ⇦
Onboard from Amsterdam to Tenerife
So, my adventure has begun! We started in Amsterdam, spending a week in the harbour loading supplies. I'm getting used…
⇨
Self-reflection at sea: the first independent journey
We’ve made it to Panama! The third leg started in the beautifully green Dominica - it's even more green than…