Panama – Cuba: from exploring to engineering

In my last blog post, I ended with our first independent journey in Panama. We spent our final nights in Bocas del Toro, enjoying the pleasant warm evenings and friendly little eateries. It was a fantastic chance to rest after an intense independent backpacking journey. After this short break, it was time to go north again to the last island on our Caribbean itinerary: Cuba.

The departure from Panama went smoothly. We’re getting used to it all now, I guess! Everybody got back into the rhythm of juggling sailing and studying, and only a few people were seasick this time.

Arriving in Cuba… well, I missed that part because I was asleep! I had stayed up and joined a different watch because we were expected to arrive during that watch. But we didn’t, and I got sent to bed because I got too tired. So that was a disappointment. But the arrival went well, and we had to clean the ship extremely thoroughly (literally with a toothbrush) in every nook and cranny because the customs inspection is notoriously strict. They do ask if they can have a few things from the ship because very few goods get into the country due to the trade blockade, so we gave them an old mobile phone, some shaving foam, and a jar of mayonnaise.

It soon became very noticeable to us that so few goods get into Cuba due to the trade sanctions. There was only one kind of bread – in various shapes and sizes, but it was still the same white bread. Supermarkets had plentiful stock of certain items and none of others. We found that restaurants had a greater variety of food though. It’s been an eye-opening experience, learning how political climates affect day to day life across the world.

My second independent journey was a brilliant experience. There wasn’t too much discussion or disagreement in the group so we got a lot done this time. We travelled from Cienfuegos to Matanzas, Havana to Viñales, and back to Cienfuegos. On this trip we travelled by taxi, camion, horse and carriage, an old timer car, horseback, bicycles, and a bus. We visited historical sites, saw an art exhibition, and visited tobacco, coffee, rum, and honey plantations. We rode through the national park on horseback through small streams and over hills with a lovely view of the mountains. I felt very privileged to experience these things!

The most difficult thing on this journey was negotiating prices because of the various currencies: the CUC, CUP, and the dollar. It took a day or two to get the hang of this. But we stayed at some beautiful casas and met some amiable people. We had an enthusiastic guide who took us on a tour through Havana. In Viñales we stayed at an amazing casa owned by a very welcoming lady who had rocking chairs in the courtyard. In the evening there we joined a party in the town square. It was a wonderful trip.

In terms of schoolwork, I find that focusing on one or two subjects a day helps me concentrate. So although there wasn’t as much time for schoolwork as during the previous leg, I finished the second round of tests only a little bit behind schedule. I’ll try my best to catch up with my work so I can finish the third (and last) round of tests on time. After Cuba we will be spending more time at sea so hopefully I will get more work done.

The watches were much quieter during this part of the journey. The captain noticed that I’d been more active during the watches and that I’m getting better at the helm. When we left Cuba the students took over the ship for the second time. I didn’t really have a job during the first takeover because I had so much schoolwork to complete. However, this time around I applied for the position of engineer and I was accepted. I’m thrilled with this because I’m thinking of going to Nautical College in Rotterdam after secondary school; engineering is a degree programme there.

During this takeover a colleague and I checked both generators for faults and we managed to repair the battery of the main generator which we discovered wasn’t working. Together with a crew member we managed to repair it. We also had to check the grease level of the propeller shaft; thankfully it was fine because filling it up would have been a dirty job!

When our voyage got underway we had to turn on the water maker. This installation turns salt water into fresh water because we can’t carry a large enough supply of fresh water for all of us on each voyage. We also had to discharge the waste water three times a day. This means flushing waste water overboard – the water that has been used to shower, flush the toilets, or wash the dishes with. We also had to paint the entrance to the engine room. I think my work placement as engineer went well. I worked with my colleague efficiently and smoothly, and learned that as maintenance is even more critical for an engineer than fixing things.

There will be another takeover of the ship before we get home. I’m still thinking about what I would like to try next.

Communication is still the competency I focus on the most. During the independent journey, the group and I were discussing how much budget we had for the day. It wasn’t a heated discussion and we figured it out soon enough. Two members of the group made an error in their calculations, so they thought the budget was higher than it actually was. I didn’t get very involved in the discussion itself, but I did summarise what was said at the end to help clarify the situation. After that we had dinner without worrying about the budget.

Self-awareness is another skill I would like to reflect on further. When we were set to arrive in Cuba I joined the night watch from 1am to 5am even though I was on the 5am to 9am watch.  I did this because we had been scheduled to arrive during the night watch and I wanted to see our arrival. However, it turned out that we were going to arrive during the 5am to 9am watch after all, and by that time I was so tired that the captain sent me to bed because I might have fallen asleep on my watch and that is a risk he can never take. So, that was poor judgement on my part; I missed our arrival, I was tired for the rest of the school day, and I also caused my watch to be short one person because I had been sent to bed. Through this experience I’ve learned that I need to be more aware of how I am doing. Am I tired or not? How much sleep do I need? I don’t really know the answer yet, but I’m working on it.

Overall, I feel positive about how this leg of the journey went. We are past the halfway point now which feels strange, but there are still so many new experiences ahead of us! 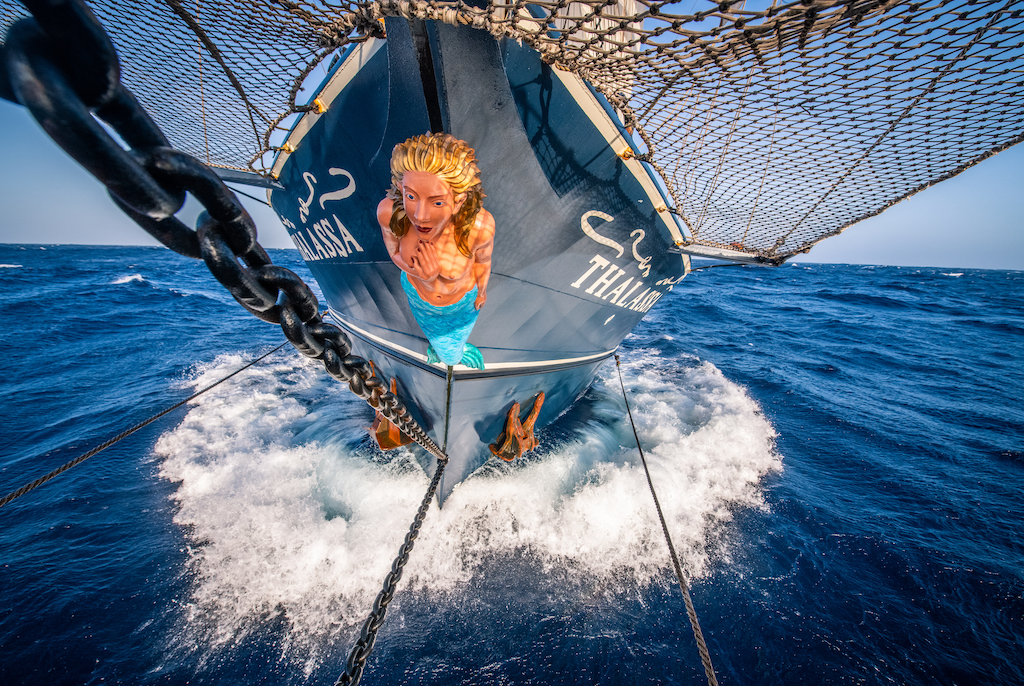 ⇦
Tenerife-Panama in photos: the world is our classroom
These images give a glimpse of what it's like to be a young student balancing an academic education with international…
⇨
Coronavirus plans: sailing homewards from Bermuda
We have travelled more than 10,000 Nm now, so by maritime tradition I could get a tattoo of two swallows!…