The last leg: sailing home from Bermuda to the Netherlands

I can’t believe I’m already writing a blog post for my final School at Sea leg!

On the whole, the crossing from Bermuda to the Netherlands went well. We spotted many dolphins and whales, and sailed through waves higher than the roof of the wheel house at times; it made for an unforgettable experience sailing in such high seas.

When we arrived in Harlingen for bunkering, we learned that we had been at sea for 32 days. This wasn’t part of our original itinerary, but as I mentioned in my last post, we had to change our travel plans due to COVID19. 32 continuous days at sea was a huge achievement for everybody on board – so we celebrated with a three-course feast of delicious fresh food when we docked in Harlingen.

During the fourth ship take over near the French coast, we could call our parents after a month at sea – giving us the much-needed opportunity to catch up with our families. During this takeover I secured the position of crew journalist, because I wanted to do some interviews for Tutors International and gather material for follow-up vlog content. The process really highlighted how 37 people took part in the same journey yet had incredibly different experiences.

The final ship takeover was in the English Channel. The fog was quite thick there as there was almost no wind. We turned off the engine somewhere in the middle of the Channel and went for our final swim. Of course, the water was freezing cold and our bodies were steaming thanks to the extreme temperature differences!

After this rather refreshing swim we set course for the Netherlands: the final homeward stretch. We learned that a small boat carrying refugees was trying to cross the Channel, so those on watch were on the lookout to avoid collision. I was a crewman during this takeover, meaning I got to see our arrival in Harlingen. At sunrise I was the first to see Den Helder and then Texel.

When we arrived at Harlingen we stayed onboard until a big freezer truck parked on the quay the following day. We were told to pack our luggage (except for what we would need in the final week) and put it in the freezer. This was to limit the chances of bringing contagion or foreign vermin home with us. Once we packed the majority of our belongings in the freezer, we could take the day off. Most of us spent it hanging about on the quay behind the social distancing fence separating us from the locals. I fell asleep there and got sun burn!

We spent the final SaS week on the Wadden Sea. It was a week of saying goodbye in a sense. We cleaned the ship, took down some of the sails, finished off final pieces of schoolwork, played board games and prepared for the day we would be going home. Due to the coronavirus pandemic we had to handle our departure very sensitively, ensuring we adhered to all social distancing and hygiene rules in place. It meant we didn’t get to have an arrival celebration, but it was still good to finally be home with our families after six months travelling. 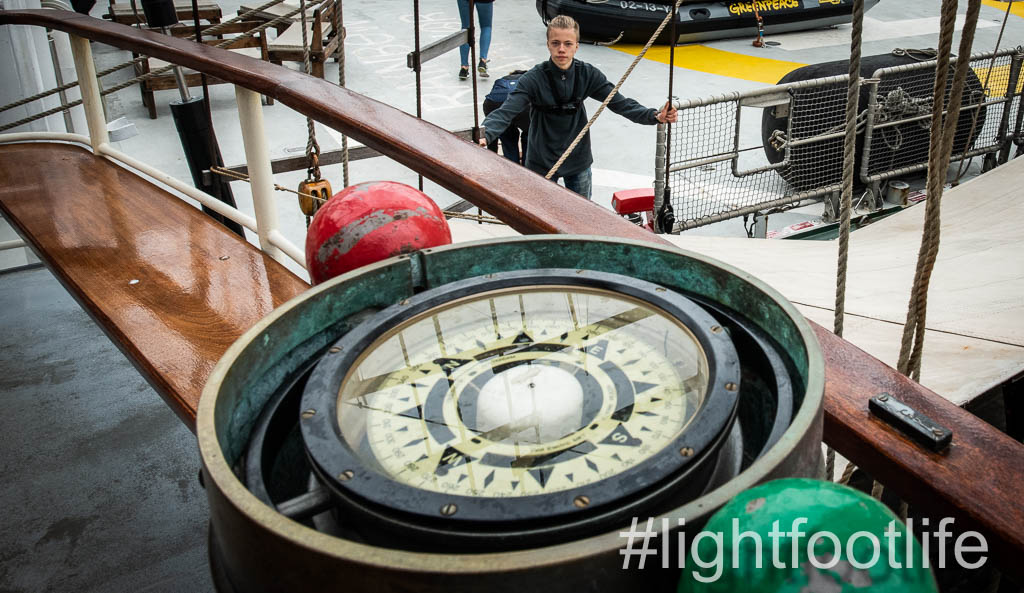 ⇦
Coronavirus plans: sailing homewards from Bermuda
We have travelled more than 10,000 Nm now, so by maritime tradition I could get a tattoo of two swallows!…
⇨
Adjusting to home after life at sea
The first few days at home after my School at Sea voyage were tough. I had a lot of adjusting…